The Attrition Of Reason - redux 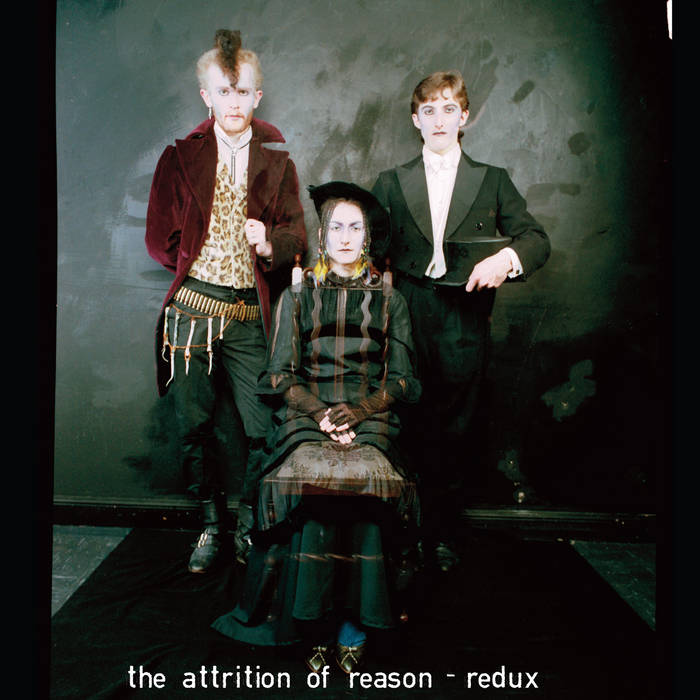 The Entrance The definitive version of a classic in the dark electronics/experimental music realm. The whole album emanates a dreadful feeling of psychological distress and urban decadence. Favorite track: You Will Remember Nothing - redux.

The Attrition of Reason
was our first album proper.
Originally released on vinyl by
Third Mind Records in 1984.

After rediscovering the original 4 track tapes 10 years ago and remastering the song "Beast of Burden" for the 2006 ATTRITION best of collection i knew i had to remaster the rest of the album... along the way i discovered demos and alternate takes of some of the songs.
I was also pleased to be in contact with the original cover photographer and find full colour photographs from that 1984 session.
The 2 CD set also includes a selection of hard to find bonus tracks from the many cassette and vinyl compilations we contributed to over 1982 - 84.
So here it is... after a rather long wait...

The attrition of reason - redux

This version mixed and mastered from the
original 4 track cassette tapes by
Martin Bowes At The Cage Studios,
Coventry, England. 2016-17
Including the single that preceded it and a collection of demos,
With a bonus disc of material from compilations and cassette releases. 1982 - 84.

Cover photos by Rob Lapworth at his photo studio
and live at The General Wolfe, Coventry. 1984

This is a Two Gods production for Ultra Mail. 2017
www.thecagestudios.co.uk
www.attrition.co.uk