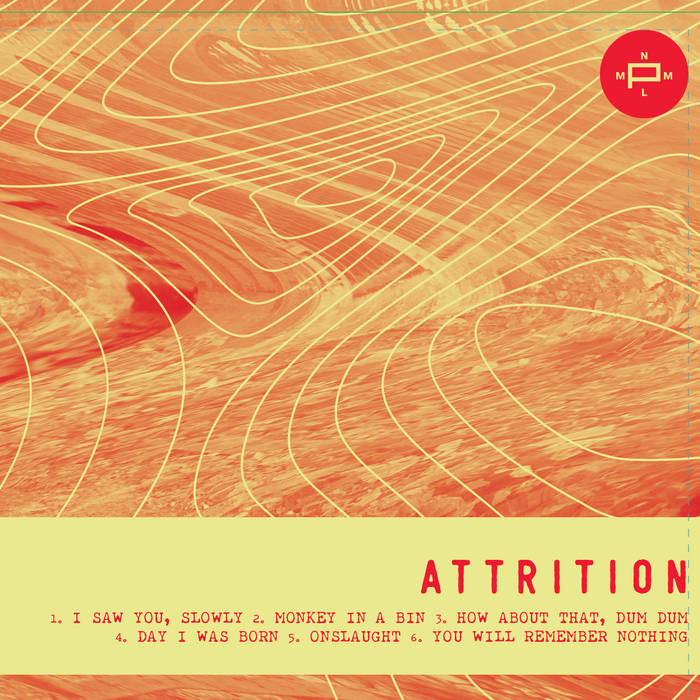 This self-titled split album seemingly accentuates the desolate paranoia of the 1980’s cold-war period by both acts’ usage of daunting electronic instrumentation, post-industrial angst and a generous helping of existentialist experimentalism. It’s perhaps unsurprising then that both Attrition and ALU hail from two cities [Coventry and Berlin] utterly destroyed by the constant bombing raids of the RAF and the Luftwaffe during WW2. Rebuilt into ultimately, naïve idealistic visions of the future, i.e. ring-roads, underpasses, Brutalist high-rise concrete blocks and a sense of utilitarian post-modernist uniformity, not to mention a sense of dystopian dread.

"Creating and exploring rich shadowy electronic soundscapes...interweaving the ephemeral with the operatic, the sound can at once calm your soul and chill your bones..." - The Hatchet [on Attrition]

The resultant recordings recall works by other artists who were working in a similarly discordant fashion, specifically, Cabaret Voltaire, Nocturnal Emissions or even the abstract, absurdist and surrealist collage-noise of Nurse With Wound. It is without doubt forgotten treasure, repackaged and remastered as an antidote to 21st century disquiet.

"We aim to store as many sounds, noise and rhythmic frameworks as possible in our synthesizers and drum machines as we allow them to unfold naturally when we play live. Words and vocals are snapshots, spontaneous phenomena." - ALU [1983]

This album was originally released in 1983 on C60 cassette and initially limited to 155 copies, a second “fantasy cover” edition was released in the same year in an edition of 45.